Case of the Week

59 years old male, known case of post renal transplant was brought to the hospital with complaints of abdominal mass and discomfort.
Tru cut biopsy from omental deposit- IHC results confirm Non Hodgkin Lymphoma – Diffuse large B cell Lymphoma- non GCB type.
He received RCHOP on 08-05-19. He developed grade 4 neutropenia, NADR Total count was 100cells/ mm3.
Patient managed conservatively with Broad spectrum Antibiotics & GCSF.
Posttransplant lymphoproliferative disorders (PTLDs) are a group of diseases that range from benign polyclonal to malignant monoclonal lymphoid proliferations. They arise secondary to treatment with immunosuppressive drugs given to prevent transplant rejection. Three main pathologic subsets/stages of evolution are recognised: early, polymorphic, and monomorphic lesions. The pathogenesis of PTLDs seems to be multifactorial-EBV is main one .Antigenic stimulation Plasmacytoid dendritic cells (PDCs) , regulatory T cells are other factors .Whilst most are high-grade B-cell non-Hodgkin’s lymphoma (NHLs), a few are classical Hodgkin’s lymphomas. Rare cases have also been shown to be either of T-cell or NK-cell lineage
PTLD has a broad range of manifestations with extranodal involvement more common in the abdo- men than nodal involvement. In the abdomen, extranodal PTLD is seen as organ involvement, such as hepatic portal masses and bowel wall thickening.3 The anatomic distri- bution of PTLD is influenced by the allograft itself, pref- erentially in the anatomic region of the transplanted organ or within the allograft. The abdominal cavity is the body compartment most frequently involved by PTLD, and seen in 50–75% of patients with PTLD following renal, liver or heart transplantation.PET has emerged as an important diagnostic tool in the management of lymphoma with its superior sensitivity to anatomical imaging, particularly for extranodal disease

Clinical presentation
30yr old female presented for routine third trimester antenatal scan at 37 weeks of gestation. An incidental 5X4cm sized left lower quadrant solid mass was detected in the maternal abdomen. With the differential diagnoses of solid ovarian/paraovarian mass a follow up USG was done in the post natal period, which showed increase in size of the lesion.
Subsequently she underwent MRI and it showed heterogeneously enhancing retroperitoneal mass lesion of size 7.5X5x5cm in left lower quadrant interposed between left common iliac artery and left psoas muscle. Lesion caused anteromedial displacement of distal segment of common iliac artery and splaying of internal / external iliac arteries. It was appearing iso to mildly hyperintense on T1WI, T2WI with evidence of intralesional flow voids and areas of central restricted diffusion. Uterus & ovaries appeared normal. There were no concomitant intra-abdominal masses or organomegaly. No other significantly enlarged lymph nodes were detected. Based on the imaging features, differential diagnostic possibilities of lymph nodal mass/paraganglioma / hemangiopericytoma / solitary fibrous tumor were considered.

A rare cause of pancreatitis

An young lady presenting with recurrent episodes of pancreatitis

CT and MRI-MRCP was done

The accessory pancreatic lobe, an extremely rare anomaly, is defined as an accessory lobe of pancreatic tissue originating from the main pancreatic gland and containing an aberrant duct  . The accessory lobe may be short or long, with a wide or narrow connection to the main portion of the pancreas. This anomaly is usually associated with a gastric duplication cyst and the aberrant duct communicates with the main pancreatic duct and the duplication cyst  Recurrent acute pancreatitis is the most common (66%) clinical manifestation of this anomaly. The underlying cause of recurrent acute pancreatitis is hypothesized to be obstruction of the pancreatic duct by viscous mucus secretions, ulcer bleeding or biliary sludge

Congenital Variants and Anomalies of the Pancreas and Pancreatic Duct: Imaging by Magnetic Resonance Cholangiopancreaticography and Multidetector Computed Tomography 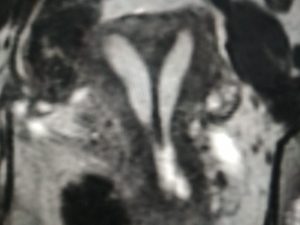 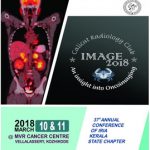